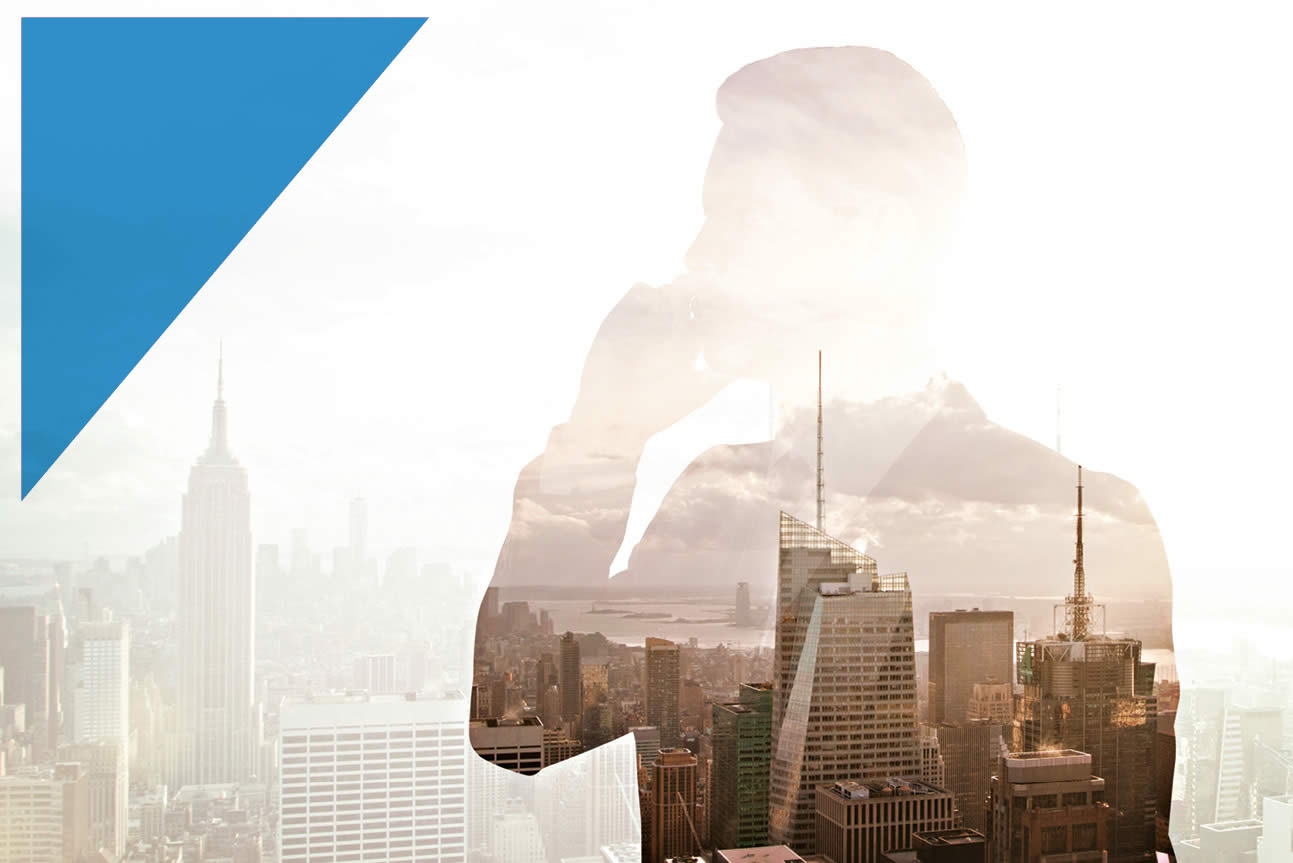 Typically, a young professional is someone who possesses a certain skill set. They are ready to enter the job market after years of investing in their formal qualification(s). What makes them “equipped” is this tangible document: the evidence of a specific set of knowledge.

To obtain the degree or professional qualification takes determination, discipline, learning potential and time. These traits and building blocks are the keys to success and necessary to obtain the “achievement”. The achievement indicator is measurable, and therefore achievable. Fact is, often while investing and obtaining the qualification, not much focus, attention and time is given to other essential, less tangible and unknown building blocks and competencies needed to excel in one’s career, in order to advance to the Executive level.

What truth holds the above statement from Eric Schmidt? What is the young professional expected to do to excel, once the tangible is reached – not just reached but achieved in a remarkable way, supported by outstanding grades? Shouldn’t that be a direct indicator of imminent success and a guarantee of executive status in the near future?

Career coach Kathy Caprino, like several others in her position, asks the question of what makes a successful professional. And what are the key behaviours, actions and thought processes necessary to survive in the corporate world and become the full rounded executive?

If a degree or professional qualification is not the ultimate indicator for future success, then this is the kind of issues the new graduate needs to explore and answer.

The reality is that upon graduating, the vast majority of young professionals today have not received the building blocks to ensure they will remain on a positive track to reach executive level.

In addition, the young graduate is part of the millennials generation, born between the years 1981 and 2000. According to consultants Terri Klass and Judy Lindenberger, millennials share certain characteristics. They also argue that integrating the millennials or Gen Y twenty-somethings into a Baby Boomer culture is a big challenge for businesses. They are the newest generation to enter the job market, arriving with their distinct ideas about what they expect from their jobs.

What traits are needed?

In a recent interview series, prominent executive leaders shared what they believe are the most important traits.
Here is what a few had to say:

“I’d tell young people that it’s all about resilience. Your career is not going to go the way you planned. It is impossible at the age of 23 to pick the right industry, the right company. You can visualise what you’re going to be doing in your 40s, 50s, and 60s, but chances are that it’s going to be something quite different. So remain open to opportunities and change. Also tell them that nothing beats hard work in getting there, there aren’t many shortcuts at all.”
– Sallie Krawcheck, CEO of 85 Broads

“The most important things [to look for in] hedge fund managers is that they are smart and they are honest. Close behind that is probably competitiveness … someone who won’t lose, doesn’t lose.”
– Julian Robertson, Founder & Former CEO of Tiger Management

“There’s an X-factor, and by and large in my mind, that’s the element of trust. Whether you’re partnering with someone in a business venture, whether you’re looking for investors, or whether you’re just taking a job having convinced someone they can trust you, it’s a huge thing.”
-Steve Ketchum, Founder & CEO of Sound Point Capital

“I’m looking for passion for the business …They’re creative and have lots of ideas and bring lots of positive energy. I want “culture-carersˮ and people that are team-oriented; I want people that put the firm first … It’s never about them or their interests.”
– Tony James, President & COO of Blackstone

“… What difference does it make if a person is smart or not? The only difference in smart people is they’re more fun to have around … Look at Warren Buffett. What a drive that man has! Behind everyone who is successful, there is a drive.”
– Bill Comfort, Former Chairman of Citigroup Venture Capital

“The number one thing for me is integrity and honesty. I get leery of anything in a resume that leads me to believe I can’t trust the person, because we’re in the money business and we’re under tremendous regulatory scrutiny… So almost more than grades for me, I spend a lot of time interviewing the person and understanding what motivates them and whether they have shown an ability to have integrity.”
– Alan Breed, CEO of Edgewood Management

“I’m looking for someone that acts a little beyond their years. If I feel like this guy or this woman has something a little special, I’ll try to do certain things to unnerve them a little bit. I might question some of their skills just to see how they react to it. And if they can react with an air of sort of hunger but humility and real tenacity, I find that kind of irresistible.”
– Jimmy Dunne, Co-Founder & Senior Managing Principal at Sandler O’Neill

“We’re looking for someone with obviously strong analytical skills, strong finance and accounting skills, modelling skills – at that junior level that’s an important part of the job… A real sense of initiative, the ability to work with others, and a high degree of integrity.”
– Ian Snow, CEO & Partner of Snow Phipps

“I love dealing with people who have had some challenges and they’ve been able to drive through them and have success – whether it be in academics, whether it be athletics, whether it be some summer job, or in their careers, so I look a lot for that.”
– Ted Virtue, Founder & CEO of MidOcean Partners

It is easy to ask successful executives what they recommend or what they will identify as key traits. It is easy to Google … it is easy to come up with a list … However, to internalise and to really own the traits is a different story.

The softer skills need to be experienced and learned. They need to be practised and developed.

Coaching is the number one way to get the new graduate to the next level (supposing the tangible first indicator is achieved in a remarkable way ☺).

What is coaching again, not on the sports field, but in the business environment?

The term “coaching” typically refers to methods of helping others to improve, develop, learn new skills, find personal success, achieve aims, and manage life change and personal challenges. Coaching commonly addresses attitudes, behaviours and knowledge, as well as skills. Coaching is a form of training or teaching, normally involving one-to-one support (a coach and a learner or “coachee”), aimed at helping a person improve, often in a very practical sense. In this respect it could be said that coaching differs from the training and teaching of groups focussed on knowledge transfer and theoretical application. Coaching normally (and many would say properly) implies a sense of agreement, consent and willing participation on the part of the “coachee” (learner/student), but the term “coaching” may also refer to development situations where the learner has far less input to methods and processes, and indeed the coaching provision itself.

Coaching ideally helps a person to find their own solutions, rather than prescribing a solution from the coach’s viewpoint.

Coaching generally looks forward significantly more than it analyses the past.

Benefits of being coached

Professional coaching brings many wonderful benefits: fresh perspectives on personal challenges, enhanced decision-making skills, greater interpersonal effectiveness, and increased confidence. And, the list does not end there. Those who undertake coaching also can expect appreciable improvement in productivity, satisfaction with life and work, and the attainment of relevant goals.

There are many studies that detail a variety of benefits coaching has within the workplace. Well-known author, Richard Barrett’s view is that yes, coaching benefits in many tangible and intangible ways. However, the primary benefit is dependent on what both the individual and organisation wish to obtain from their coaching series.

One was not born understanding these basic professional fundamentals, but they are vital to career success. The great thing is that, as Klass notes, millennials were heralded with high expectations, millennials tend to display an abundance of self-confidence and believe they are highly valuable to any organisation from day one. They are extremely focussed on developing themselves and thrive on learning new job skills, always setting new challenges to achieve. They are also the “can do” generation, never worrying about failure, for they see themselves as running the world and work environments. Thus, belonging to this generation makes the coaching journey so do-able.

Don’t discount your needs; don’t think I can’t; mastery in these areas and engaging in coaching will assist you on different levels so that you can reach your full potential and excel to an executive level.

Acknowledge achievements, acknowledge the effort it took to graduate and enter the job market, take the time think about what you see in the executives that inspire and motivate you. Have the conversations, do the research, search within and get a coach! The next level is within reach, you only need to take the first step.