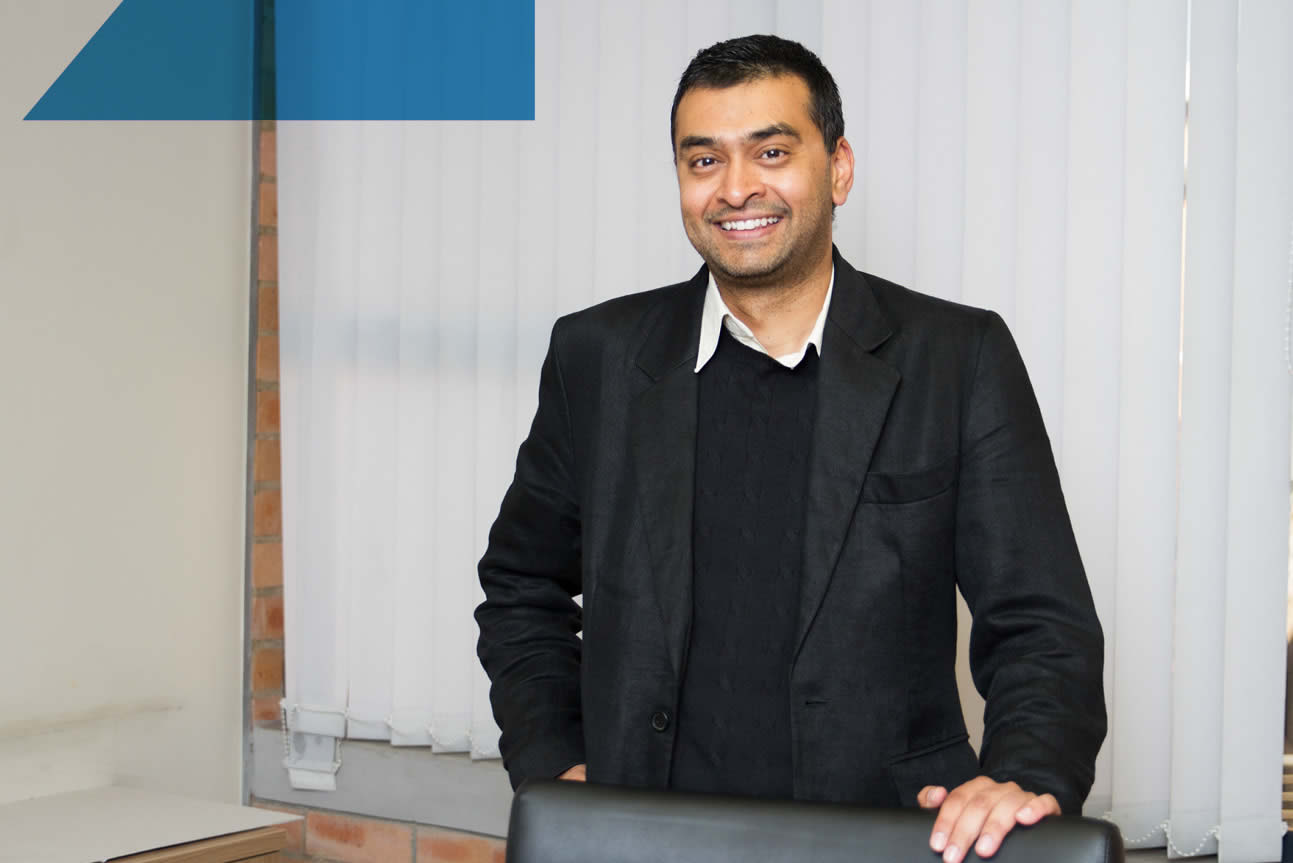 The chief financial officer of the dti (Department of Trade and Industry), Shabeer Kahn, discusses his career and the role of the modern CFO.

Our CEO, Nicolaas van Wyk, recently conducted a video interview with Shabeer Khan to discuss the rise and role of the CFO. Khan was kind enough to take the time away from his busy schedule to talk to us about the CFO designation, and just what exactly is needed to enjoy a successful tenure therein. Being able to offer wisdom and sound recourse amidst annual audits, parliamentary meetings and Ramadan is a feat of note.

He enjoys a high-ranking position as the chief financial officer of the dti, one of the biggest government companies in South Africa. We thus thought it fitting that he should shed some light on the role itself, the relevancy and possibilities the CFO designation can afford. Khan might have dreamt of becoming a famed astronaut or fireman, but thank goodness he didn’t, because his success within our economic sector has been an invaluable asset.

He studied BComm at Wits, and when it was his ambition to become an accounting officer, he conducted research into the position that revealed to him the accounting bodies of South Africa. Now, after many years of honing his skill, he can offer sage advice in terms of what is to be expected from a CFO, and how a CFO should operate within the parameters of any given objective.

With the role gaining more prominence and esteem in the workplace, it comes as no surprise that there now is a need for criteria and means of evaluation when it comes to assessing a CFO. It’s not so much about what they actually mean to a company’s structure, but rather what they should mean.

If there is one quote out of the thought-provoking interview that begs recognition, it is Khan saying the following:

“It is no longer only about the numbers, there is a strong need for performance review against the pre-determined objectives.”

The link between the two has become of utmost importance to the CFO designation, as the cut-throat pace of conducting business in this day and age necessitates efficiency.

This point is essentially echoed throughout Khan’s interview, as he stresses repeatedly how the CFO can make major changes in the supply chain. Quite simply put, the designation has the potential to implement solution and solve problems on a fiscal level as well as a managerial one.

But Khan admits that the role of the CFO is given direction and priority according to the sector in which they are employed. Whereas the corporate sector requires a growth and accumulation-oriented approach, the private sector CFO needs to look after the interest of the shareholders and stream finances in such a way that enables the maximization of profits. Adversely, the public sector is not profit oriented, and the emphasis is rather placed on service delivery and funds allocated to the success of established programmes.

Thus, a CFO is required to be highly adaptable, with on-your-feet thinking not so much a pre-requisite but an utmost necessity. For instance, Khan’s own responsibility lies in the guarding and safekeeping of the South African economy, and suggesting course of action and implementation that facilitates growth. Obviously such an objective requires way more than a ‘by the book, numbers oriented’ approach. He mentions that the CFO position is not a one size fits all designation, and pigeon-holing the individuals who undertake the task is both unrealistic and unfair.

What serves as a primary paradigm by which CFOs need to operate, is the integral part they serve to play in planning. Advising and steering planning and procedures is a quintessential component to the operations of a CFO, and it is here where they stand to do the best work.

We see performance reviews become ever more popular, as clients and companies alike are striving toward quality service that places them in higher esteem than their competitors. The CFO, however, needs to take a hard look at what exactly the performance reviews are saying and translate them according to the pre-determined objectives, as mentioned by Khan.

He or she must be up front, direct and open. High stakes mean high risk, so there is a deep level of complexity surrounding the output that is expected of a CFO. It also essentially entails traipsing the middle ground, and taking all parties and their specific goals into consideration. So, the CFO needs to be versed in communication skills of the highest order.

This is obviously a recipe for high pressure and calls for an incredible sense of responsibility from the individual who has chosen to assume the position. All the more reason to sing the praises of those who choose to do so, because the highly regarded title has the potential to benefit the economy in more ways than one.

Shabeer, being a part of the dti, mentions how difficult navigating the supply chain has proven to be.

Because this institution is closely related to the South African government, their tasks are often caught in the middle of serious crossfire from both the leading party and the opposition. In such conditions, playing bipartisan while still keeping your eye firmly on the matter at hand, is an arduous and demanding task. But this does not come across as a complaint, rather a testimony to Khan’s tenacity and resilience as a CFO par excellence.

He goes on to stress how the CFO needs to be focussed on diverting expenditure and funnelling trapped funds into areas that need it most. By alleviating clots in the system and allocating the numbers to the right places, the CFO can do something that not many positions can – create and stimulate effective change.

In his own words, “Being a CFO requires a balance between compliance and performance”.

Compliance, however, is a tricky business, as the metric of compliance and non-compliance is often buried between complicated terminology and indirect means of execution. To combat this confusion, Khan instructs his co-workers to take into consideration that not everyone is an accountant, so not everyone will grasp the protocol with ease. He believes that by packaging data in such a way that makes both the information and the procedures easy to understand and to apply, everyone that needs to know how, will do so. See? Efficiency!

Khan also mentions that positions pertaining to accountancy, such as the CFO, are so much more than making sure salaries get paid and accounts get settled. In short, it is all about making sure that adequate funding is secured for the appropriate departments, and that the supply chain leading to and from the departments is operating successfully.

As SAIBA CEO, Nicolaas van Wyk, mentions in the interview, hearing the intentions and mechanics that underscore the workings of government and service is a welcome departure from that which is foregrounded by the press.

It is highly comforting to be able to acknowledge that the people behind the scenes are hard at work and striving towards a better system that will prove to be a more efficient and well-rounded standard.

To see the interview for yourself, please go to the Accounting Weekly website  and search for Shabeer Khan under the video section. You are sure to learn a lot.