What’s Influencing the Year Ahead? 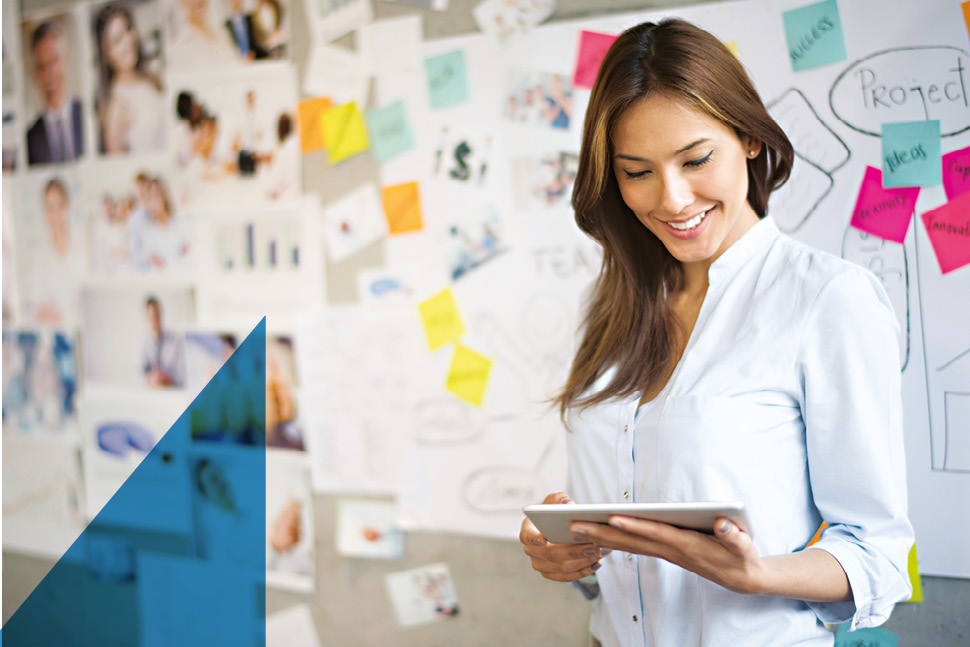 With an ever-changing workplace, we look at top trends that could shape your future. Read and evaluate how much change has influenced your business since 2015.

“With many millennials stepping in to fill freshly vacant leadership positions, we can expect to see a lot of productive change taking place.”

The year 2015 turned out to be a fascinating one. From new leaps into the future via smartphones and tech, a return to a galaxy far, far away and one particular real estate mogul turned presidential candidate. We’ve both been entertained and been given cause for concern. Now we are almost midway into 2016 and it’s time to review just exactly what is up with the professional spheres we immerse ourselves in. Whether they apply to the workplace, the sector at large or your home life; trends always find a way to influence, even if you don’t realise it. We’ll let you be the judge and suss out whether or not these trends have been realised or if life has found a way to sidestep them.

In 2015 we saw a large amount of attention being given to harnessing and properly utilising millennials in the workplace. The next generation to step into the professional arena and steer the world of contemporary commerce is comprised of a tricky bunch, to say the least. This year we see a wealth of baby boomers set to retire, leaving boomer sized holes in company structures – holes that millennials will inevitably have to fill. While the slightly atypical, tech-centred and socially conscious natures of millennials will have some higher-ups up in arms, we can expect great things from the millennials and the future they will usher in.

And just because something is different, does not mean it’s broken. With many millennials stepping in to fill freshly vacant leadership positions, we can expect to see a lot of productive change taking place – change that will not only benefit things like the environment and employee morale, but also company procedures and operations. Millennials are all about innovation and streamlining, finding a better, potentially easier route to an outcome. With this kind of forward-thinking and unconventional application of skills and resources, companies can expect to grow in ways they previously might not even have considered. So, let’s not sell the new generation short. Good things are on the horizon.

The trend at play here is programmes and training approaches that will allow companies to make the best use of millennials in the workplace without halting operations or creating unnecessary complications. So, do your research and find a creative solution to the problem.

There are many factors that contribute to the flexibility problem we now face in the workplace. For one, the breakneck pace of the average professional life is incredibly demanding. In tandem, we are spoilt for choice with activities and pursuits outside of the workplace that equally vie for our attention. Finding a balance between the personal and the professional has never been harder.

Employers want more commitment, and make no attempts to hide this from prospective employees. The question of availability after hours now frequently is asked in interviews, and young hopefuls are cornered to answer positively in order to stand a chance in landing the job. But this eagerness often depletes when their sense of self-worth comes into play and they realise that they are an asset to the company, not just a pawn lugging a bit of weight here and there. Now companies need to start appreciating their employees in due measures, and employees need to be engaged in the company’s machinations in such a way that binds them to successes and failures.

Studies have shown that we now work closer to 47 hours a week, up 7 hours from previous findings. It comes as no surprise that people feel burned out and overworked. Higher accessibility to technology and a depreciation of personal downtime has led to a reluctance to produce, and people are demanding a change. Now we have to start earnestly thinking about ways to maximise work in smaller windows of time. While this may seem like an impossible task, it is not. Studies have also shown that shorter bursts of concentrated effort yield better results than laborious and overwrought hours behind a desk.

The trend at play here is a mediated, egalitarian approach to conducting employees and devising a system that will benefit the company’s operations while also accommodating personal time and flexibility.

What is an Office?

A communal space shared by colleagues has traditionally shaped what we now know as the office. But with the advent of remote communications and the aforementioned urge for flexibility, the office is slowly being replaced by a more casual and decentralized approach to working together.

There have been greater allowances made for employees who occasionally request to work from home or a nearby “coffice” (a coffee shop that doubles up as an office). This might seem strange to the older generations, but working on one’s own terms is becoming more and more of a necessity. And while the office might not permanently be replaced by an open Skype tab, we can expect to see a more relaxed approach to how and where you get your work done. Shrinking office space can also save a company a lot of money, and cutting down on overheads is never a bad idea.

Additionally, with so much thought being given to employee happiness, offices are now set to aesthetically accommodate and foster positivity and productivity. Contemporary design has shaped expectations in new ways, and with research being conducted on how spaces change and influence, we can expect a greater effort being made to harness and utilize the workspace in upping the ante.

Here, the trend is centred around rethinking the office and making it as accommodating and pleasant as possible. Think of your workspace as a supplement to your productivity and ensure that others feel the same way about it.

Technology has evolved in such a way that we are no longer able to divorce ourselves from the devices we use. Imagine conducting business without e-mail or Google. Seems impossible, right? But while technology has simplified and positively influenced our lives, it has also created a few unique problems.

For starters, apps and computer programmes are now so advanced that they can all but replace human employees. You can now be your own secretary with a few apps, and personal accountancy has never been easier with the help of FreshBooks and Xero.

There is an opinion being shared by many that our current advancements in the technological arena are being made at the cost of human employees. This is a worrisome, dangerous and particularly problematic concept, and something that has long been speculated by sci-fi films and doomsday prophets.

And while apps show no sign of slowing down, it is not yet clear whether they will truly replace human labour or just supplement it in a new and unexpected way. Technically, this isn’t so much a trend as a prediction, but it’s one we need to be mindful of and one that we constantly have to question and negotiate. We should focus our efforts on trying to create employment around technology and at the same time, refrain from replacing the one with the other.

Here the trend, similar to 2015, is learning how to integrate technology within your company structure. Instead of replacing human employees with apps that you can manage yourself, rather focus on creating a tech-dependent position within the company that can be managed by an individual. This way you don’t clog up funds by having too many cooks spoil the broth and you still provide a person with the means to sustain themselves.